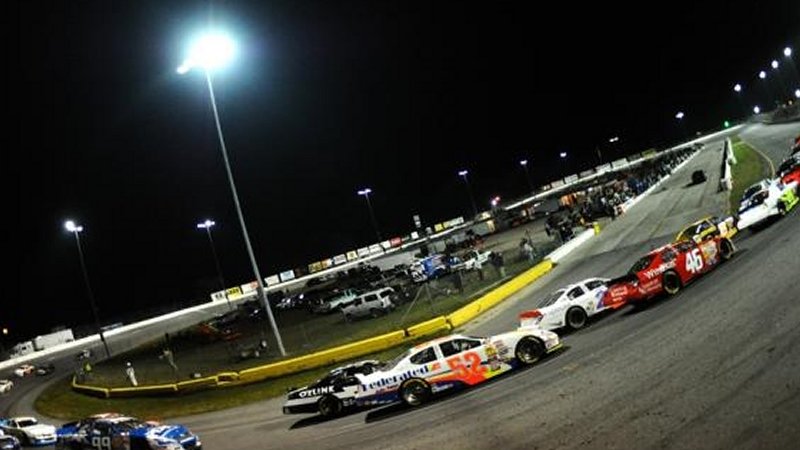 From HScott Motorsports with Justin Marks PR:  The NASCAR K&N Pro Series East (NKNPSE) kicks off the 2015 season this weekend at New Smyrna Speedway with the Hart to Heart Breast Cancer Foundation 150, marking the first race for the newly-formed HScott Motorsports with Justin Marks (HSMJM). Series veteran Scott Heckert leads the charge for HSMJM this season with four rookies, Rico Abreu, William Byron, J.J. Haley and Dalton Sargeant rounding out the 2015 stable of drivers for the new organization.

No. 34 Scott Heckert…Heckert is the only driver in the HSMJM lineup who has previously competed in the NKNPSE on a full-time basis. In 2014, Heckert raced for Turner Scott Motorsports in the NKNPSE compiling two wins and three poles en-route to an eight-place finish in the final Driver Point Standings. The 21-year-old looks to build upon a great 2014 campaign by starting the season on a high note with his No. 34 Project Lifesaver Chevrolet. In 2014, Heckert’s only career start at New Smyrna Speedway in the NKNPSE, he brought home a 21st-place finish following some late-race contact. The Connecticut native looks to turn the tide and make a run for the NKNPSE Championship with a strong finish in the season opener this time around. The 2015 season brings a familiar face to the crew chief role for Heckert, as Fuz Burgdoff moves to HSMJM to lead the No. 34 team.

Scott Heckert on returning to the NKNPSE and racing at New Smyrna Speedway:

“It’s great to be back with the same group of the guys we raced with a year ago as Fuz and a lot of our crew moved over to HScott Motorsports with Justin Marks. Knowing the chemistry we already have together, I know our team is very strong and feel that we can be competing for wins all season long. New Smyrna is a great place to start the 2015 season. It was a great race a year ago and it’s a privilege to come back for the second time. I can’t thank everyone at HScott Motorsports with Justin Marks enough for their hard work throughout the offseason; I’m ready to get this season started.”

The Hart to Heart Breast Cancer Foundation 150 takes place on February 15 at 7:30 p.m. EST. You can follow the live leaderboard on NASCARHomeTracks.com during the event and catch the race itself on February 19 at 10:30 p.m. EST on NBCSN.