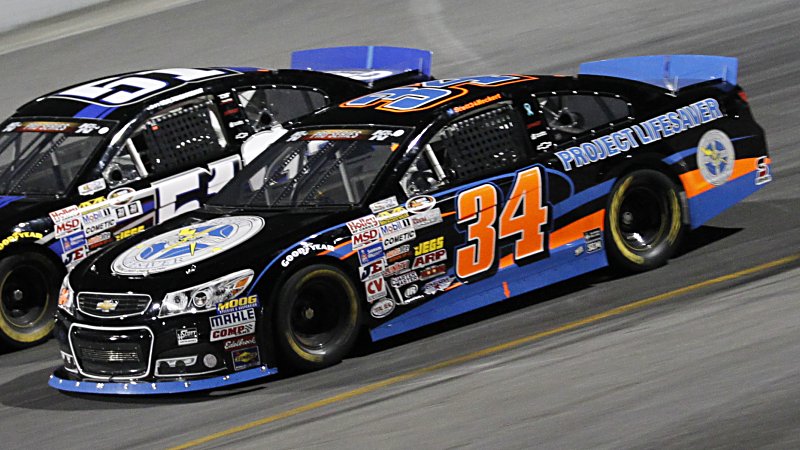 Scott Heckert entered the Hart to Heart Breast Cancer Foundation 150 at New Smyrna Speedway (FL) looking to start the 2015 NASCAR K&N Pro Series East (NKNPSE) season on a high note. The NKNPSE veteran laid down a strong lap in qualifying, beginning the race in the fifth position. Heckert put together a great race, running inside the top five for the duration of the event. By lap 50, Heckert was up to second after a courageous move to make a three-wide pass for the position. Heckert remained in the second spot until a rash of late-race cautions pushed the No. 34 Project Lifesaver Chevrolet back to the fourth position, where he ultimately finished. Heckert sits fourth in the NKNPSE Driver Point Standings heading into the second event of the season, in April at Greenville.

Scott Heckert on his season-opening race at New Smyrna:

“It was a great night overall for everyone on the No. 34 Project Lifesaver Chevrolet. The car was solid all night long, we just got pinned on the inside on a couple of the restarts and ultimately that hurt our overall result. I think we had one of the best cars here tonight; unfortunately, we couldn’t get the victory, but overall it was a great finish for our team and we have a lot of positives to take away from this heading into Greenville.”

The NKNPSE has some time off before returning to action at Greenville-Pickens Speedway on Saturday, April 4.