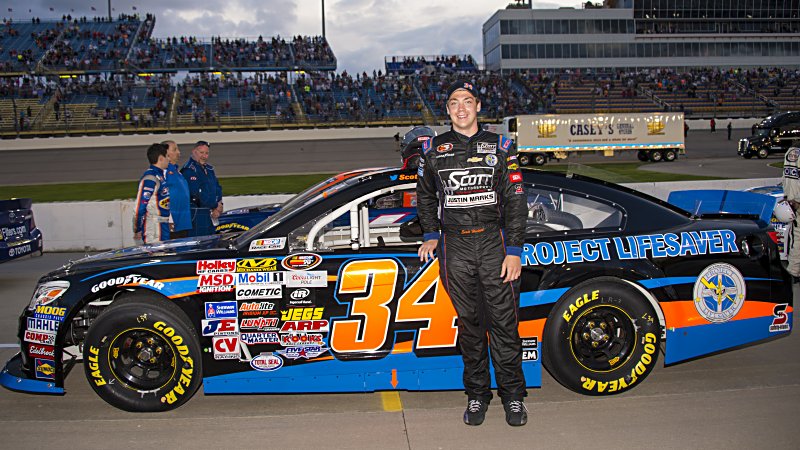 No. 34 Scott Heckert…Heckert comes into the NASCAR Hall of Fame 150 looking to build upon another solid outing at Iowa last time out. The 21-year-old continues to move forward through the standings and looks for more of the same as he gets set to make his third-career start at Bowman Gray Stadium. In two career starts at Bowman Gray, Heckert has a career-best finish of 12th, earned in last year’s race. Heckert enters the NASCAR Hall of Fame 150 sitting fifth in the NKNPSE Driver Point Standings.

“Bowman Gray is a great little track and I’ve always had good speed there. We’re bringing a new car for this weekend’s race, so I’m excited to test it out and get better before the race weekend. As always there, you have to keep your nose clean and keep out of trouble until late in the race. Hopefully we will have the No. 34 Project Lifesaver Chevy up front on Saturday night.”