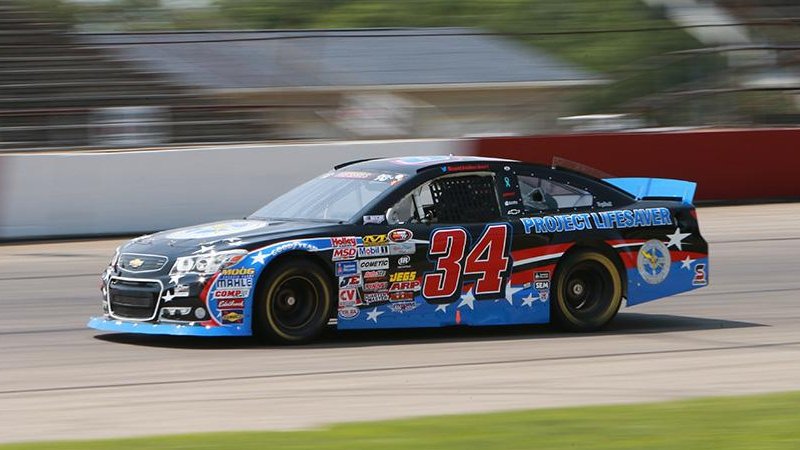 Heckert entered the NAPA 150 with a ton of confidence about the opportunity at hand for the No. 34 Project Lifesaver Chevrolet. Heckert got the night started in the right way, qualifying second for the event. The Connecticut native held strong inside the top 10 for most of the event, and ran sixth halfway through the race. Heckert continued to run in the top 10 and looked poised for another solid finish, until the 21-year-old tangled with another competitor in the race’s closing laps. The incident caused a slow leak in one of Heckert’s tires and ultimately forced him to slip back in the final laps to finish in the 15th position. Heckert remains fourth in the NKNPSE Driver Point Standings heading into New Hampshire in a few weeks.

Scott Heckert on his night in Columbus:

“It was a tough race. I thought we were going to have a good points night, and we just got run into and that unfortunately cut a tire down. The car was pretty good though so I’m happy with that, but just tough luck again. We will go get them in New Hampshire.”

The NAPA 150 will air on NBCSN on Friday, July 10 at 2:30 p.m. EDT. The NKNPSE has one week off before heading to New Hampshire Motor Speedway on July 17.