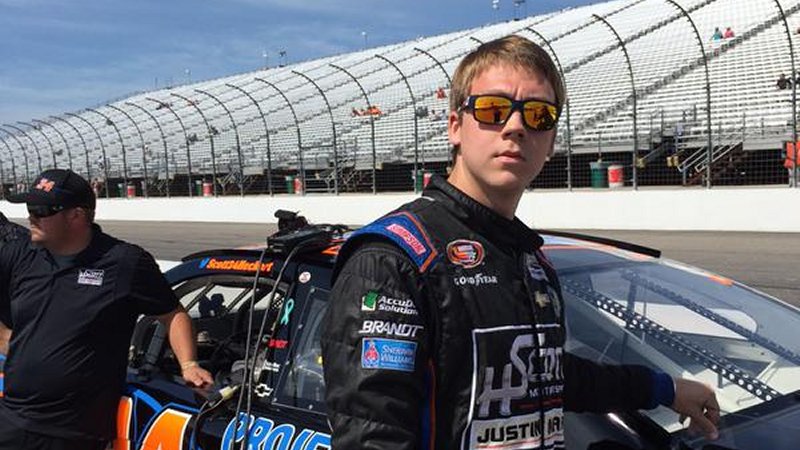 Scott Heckert:
Heckert came into the United Site Services 70 looking to impress in front of his home crowd in his third-career start at NHMS. The 21-year-old qualified for the event in the second position, higher than he has started in his previous two attempts. As the race began, Heckert showed early that the No. 34 Project Lifesaver Chevrolet had speed. The Connecticut native ran strong in the second position for the majority of the race. Some late-race restarts allowed Heckert to make a charge at teammate and race leader Byron, however, Heckert was not able to get by and ultimately brought home a second-place finish. The result marked Heckert’s fifth top-five finish of 2015, one shy of his career high set last season. The runner-up finish moved Heckert to third in the NKNPSE Driver Point Standings, just four points behind second.
Scott Heckert on his day at New Hampshire:

“We knew we had a really solid car in practice. We thought maybe on the long run we’d be able to draw in on the No. 9, because we knew he had a good car too and thought it would be a fight between us. It’s good to be back home. I had a lot of family and friends here, so it was definitely nice to put on a good show for them, finishing second. We just didn’t quite have enough for the No. 9 today, but I’m really happy with how this car was and have to give huge thanks to everyone on the HScott Motorsports with Justin Marks team.”

The United Site Services 70 can be seen on Thursday, July 23 at 7:00 p.m. EDT on NBCSN. The next stop for the NKNPSE comes on Friday, July 31 at Iowa Speedway.