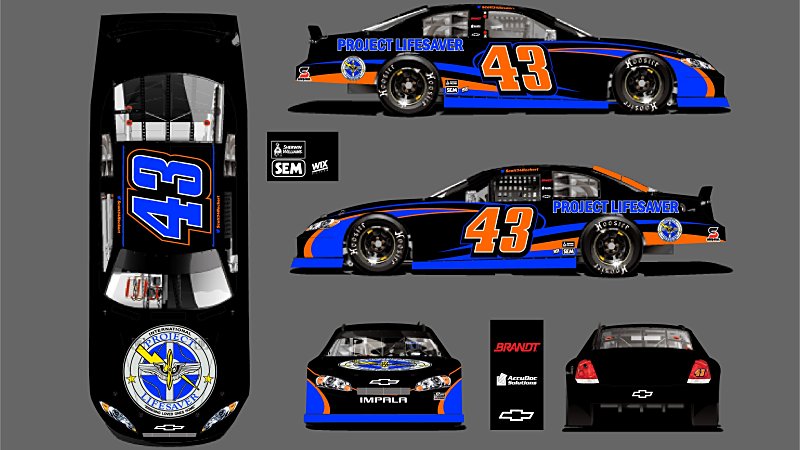 MOORESVILLE, N.C. (September 16, 2015) – HScott Motorsports with Justin Marks (HSMJM) is proud to announce that it will make its debut in the ARCA Racing Series Presented by Menards next weekend at Kentucky Speedway, with full-time NASCAR K&N Pro Series East (NKNPSE) driver Scott Heckert behind the wheel. Heckert will pilot the No. 43 Project Lifesaver Chevrolet for HSMJM in his first-ever start at a 1.5-mile facility and first career ARCA Racing Series start.

“I’m really looking forward to making my ARCA debut next weekend with my K&N team,” said Heckert. “It will be fun to do something a little different, but still have all the same guys with me that have helped get us two K&N wins already this season. Hopefully we can head to Kentucky, put on a good show and bring home a solid finish in our first start.”

Heckert will test at Kentucky Speedway on Tuesday leading up to the event. The Crosley Brands 150 gets underway on Friday, September 25 at 8:00 p.m. EDT. The 100-lap race can be seen live on FOX Sports 1.