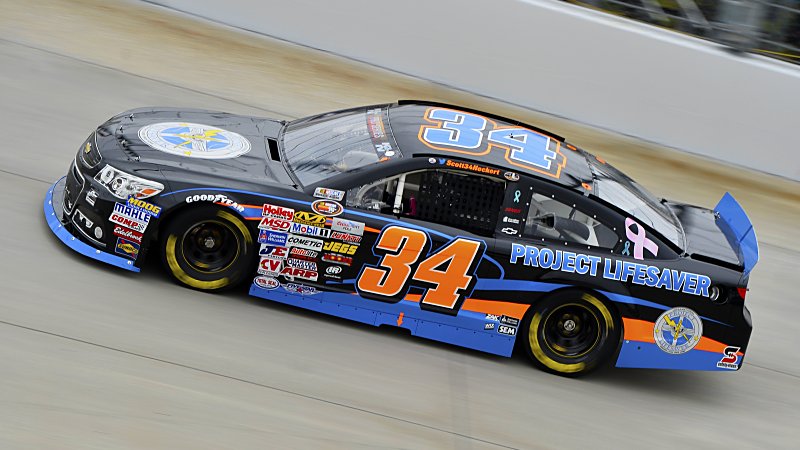 From HScott Motorsports with Justin Marks –

DOVER, Del. (October 4, 2015) – HScott Motorsports with Justin Marks (HSMJM) entered this weekend’s race at Dover International Speedway with an opportunity to lock up the championship in their first season of operation in the NASCAR K&N Pro Series East (NKNPSE). Rain caused all practice sessions and qualifying to be canceled and postponed the originally scheduled Friday night event to a Saturday afternoon show.

Heckert entered the Drive Sober 125 looking to capture his first-career NASCAR championship. The day started with Heckert on the outside pole. The 21-year-old was able to run up inside the top five for the race’s opening 70 laps. Some handling issues in the closing stages of the event caused Heckert to slip back through the field just a bit, leaving the driver with a 10th-place finish. The Connecticut native finished the season second in the NKNPSE Driver Point Standings, a career best.

Scott Heckert on his run at Dover:

“We had a tough day without any practice, but I’ve been really happy with these guys all year. They deserve all the success we have had this season. A couple of hiccups throughout the year hurt our championship effort, but I wouldn’t want to do it with another group of guys. We had a great 2015 season and thanks again to the entire HScott Motorsports with Justin Marks team.”